This is a clip of the basketball game that the older sisters of Gracepoint played at Sierra Lodge in 2008.

Obviously, Jeannie Lee was the MVP. Awesome point guard - reminds us of what Jason Kidd did for the Cal team.

But who might qualify for the LVP is a debatable question.


Some have commented that Susanna Lee of Gracepoint Austin would make a very good volleyball setter.
- September 28, 2015 No comments:
Email ThisBlogThis!Share to TwitterShare to FacebookShare to Pinterest
Labels: Gracepoint Berkeley, Videos

Here's a picture of a menu from a very good Chinese restaurant near Berkeley.
This was their menu many years ago, so not sure if they fixed it.
Steamed Lamb Dumping sounds quite exotic.  I'm sure it's steaming. 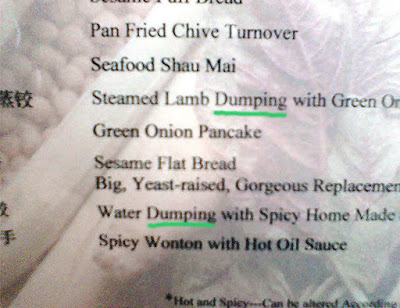 This is not really a CLASSIC, because it's so recent.  However, this post has gotten so many views and reactions that I thought I needed to just post it here.
Brother Bryan Kai is part of the Koinonia group in Berkeley, and I must give it to him -- his calmness through this whole bewildering situation is amazing.  It is a spiritual gift.

NOTE: I highly recommend that you view the video using HD.
- September 14, 2015 No comments:
Email ThisBlogThis!Share to TwitterShare to FacebookShare to Pinterest
Labels: Gracepoint Berkeley, Videos

Disgracepoint Classic: Videotaping Can Be Dangerous

Setting: During one of the filming sessions @ Gracepoint Berkeley Church... 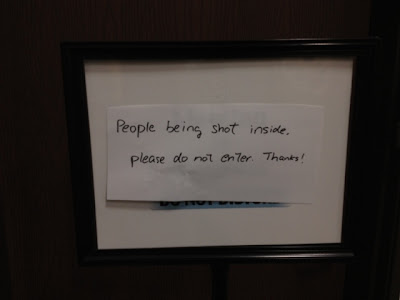 This is another classic video -- Pastor Ed's sports highlights...  It's kind of sad to say, but Pastor Ed Kang (Gracepoint Berkeley) USED to move like this, but now he has slowed down a lot (yes, it is possible to slow down more than what you see in this video).

Disclaimer: This video is sponsored by Manny Kim.

Pastor Ed Kang also got his own share of being fouled, but those shots do not make for a very fun video.
- September 03, 2015 No comments:
Email ThisBlogThis!Share to TwitterShare to FacebookShare to Pinterest
Labels: Gracepoint Berkeley, Videos
Newer Posts Older Posts Home
Subscribe to: Posts (Atom)