Another example of Sister S, our texting queen. 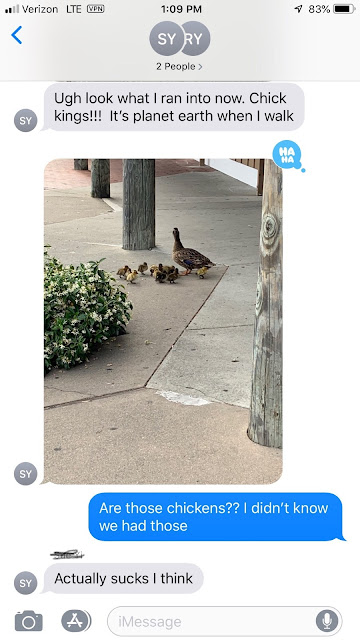 So.. after all that.. I am still left wondering...
So are those Chick Kings or sucks?  I want to know.
- June 28, 2020 No comments:
Email ThisBlogThis!Share to TwitterShare to FacebookShare to Pinterest
Labels: Gracepoint Berkeley, Quotables

Setting: There is a sister among us (whose identity has been thoroughly obscured) who is notorious for making spelling errors in texts.  She is said to make hilarious errors in about 30% of her texts.
Here's one - where my wife Sarah (who has pain in her arms) sent a text asking for prayers.

She meant "rest your arms", but I actually think that her solution of eating her arms would also resolve her arm pains.
- June 21, 2020 No comments:
Email ThisBlogThis!Share to TwitterShare to FacebookShare to Pinterest
Labels: Gracepoint Berkeley, Quotables

Setting: Brother X talking about overly beating himself up...