Thank you for coming up with this caption and voting for it. 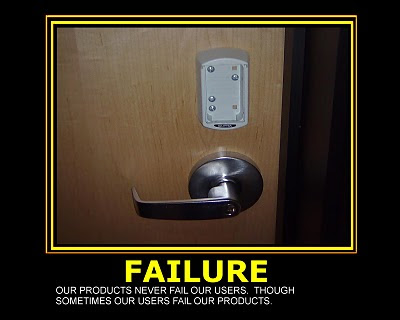 - April 29, 2010 No comments:
Email ThisBlogThis!Share to TwitterShare to FacebookShare to Pinterest
Labels: Demotivators

Setting: A bunch of people of a2f are playing CatchPhrase..

Friend: Oh, you see this during Valentines!

English Patient Brother J was playing Guesstures, and the word that he had to act out was "hem".  At that point, Brother J started to walk around the room, head bopping, acting like a chicken.
- April 25, 2010 No comments:
Email ThisBlogThis!Share to TwitterShare to FacebookShare to Pinterest
Labels: Story

Please submit more stories and pictures.  We are at an all-time low for material.  Please email them to me at daniel[dot]kim[(at)]gpmail[dot]org
- April 21, 2010 1 comment:
Email ThisBlogThis!Share to TwitterShare to FacebookShare to Pinterest
Labels: Other

Vote for Your Favorite Caption

Please vote (on the right) for your favorite caption for this demotivator picture. 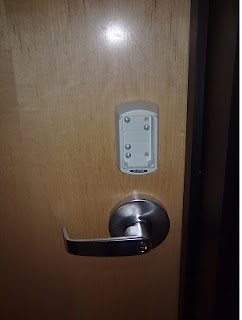 - April 20, 2010 No comments:
Email ThisBlogThis!Share to TwitterShare to FacebookShare to Pinterest
Labels: Other

Setting: Two friends are driving down Oak Street in Alameda.

Sister J: Oh my gosh, have you noticed that red building?  There are always so many police cars right around that building.  I would hate to work in that building.

Setting: Brother T and Sister L were visiting a house of our church brothers, called the Pink House in Alameda.  (The house color is pink, and the name simply stuck, despite valiant attempts by the resident brothers to try to change the name)

Brother T: Hey, nice deck!  I like the grill!

Pink House Resident: We have flowers?  I didn't know that.  I only knew about the grill.


NOTE: Do you think the particular Pink House Resident really didn't notice the flowers?  Or do you think he was pretending out of insecurity, since his house's name is, after all, Pink House?
- April 17, 2010 2 comments:
Email ThisBlogThis!Share to TwitterShare to FacebookShare to Pinterest
Labels: Story

While helping someone move one day, Brother B says, "Hey, do we have any more of the shrimp wrap?"
- April 15, 2010 No comments:
Email ThisBlogThis!Share to TwitterShare to FacebookShare to Pinterest
Labels: Quotables

English Patient: Have You Seen Him?

Student: By the way, where’s Brother C?  I haven’t seen him lately.

English Patient J: No, what I meant was that he’s invisible.
- April 13, 2010 1 comment:
Email ThisBlogThis!Share to TwitterShare to FacebookShare to Pinterest
Labels: Quotables

Submitted by Brother J himself, who tells the story about what happened to him.

I started working as a research assistant at a Neurology lab at UCSF, and one of the things I have to do is to administer this screening test to see if patients have MCI, or mild cognitive impairment, which is usually prevalent in older adults and it's a sign that the person's brain might be degenerating.  As part of the training, I myself had to undergo this test too to see how it is administered as well as administering it to another person.  Before taking the test, the post doc told me in a serious/joking tone that because I'm very young, I should be able to answer all the questions on the test, and if I have problem answering some of the easy questions on the test, I might have MCI.  I started laughing because I knew he was joking, but inside I was kind of nervous too because what if I do have brain problem?  My memory isn't that good!  So we began the test, and the first couple of questions were really easy, like what is your name?  What is today's date...etc, but when we got to what county we were in, I got kind of nervous because I didn't know which county San Francisco belongs to.  And then he asked me what season it is right now, and I wasn't sure if it was still winter or if it was spring already, so I said I think it might be still winter, but it might be spring too because it's spring semester at Berkeley, haha.  And I saw him staring at me kind of weird and concerned and wrote down something in his notebook, so I felt kind of embarrassed and nervous about what I had just said.  Then he asked me to spell the word "world" backwards.  I think because at that point I had lost all confidence in myself for not knowing the county of San Francisco and the season, I couldn't spell "world" backwards for like 30 seconds.  I kept saying "d-l-o," oh shoot, "w-o-r-l-d" so it's "d-l-r," oh no i forgot again...etc.  And during this process, he just kept staring at me with concern as if I had brain damage, so after that question I assured him that I don't have a brain problem, or at least I don't think so.
- April 11, 2010 2 comments:
Email ThisBlogThis!Share to TwitterShare to FacebookShare to Pinterest
Labels: Story

Submitted by Brother B.  This story demonstrates powerfully why we shouldn't be stubborn.

Last semester, I was short one unit so I signed up for a DeCal called Chinese Dance.  My roommate E kept warning me, "Don't go, don't go."  But I stubbornly replied, "I need the units or I'll drop out of college!"  So I went to the first class expecting some kind of dancing, until I saw the instructors, both girls, stretching by doing the splits.  As I waited in the room, I saw some girls come in, and then some more girls come in, and I began to suspect that Chinese dance was meant for women but I was determined to stay in the class no matter what to get my one unit.  I kept hoping that a guy will show up, but none ever did, and I realized that Chinese dance really was meant for women, but I was determined to get my one unit no matter what.

The instructors proceeded to lead the class through the most awkward and humiliating stretches that I shudder to recall, but I forced myself to think happy thoughts.  Next, the instructors sat us down and told us that we would be performing the dances we will learn onstage in Hertz Hall, but my heart was hardened and I ignored the warning.  Then the instructors demonstrated exactly what kind of dancing we would be doing.  They each took a red fan and a red hankerchief and showed us exactly why Chinese dance was not meant for men.  I began to turn red and sweat, but even still I shut my eyes and thought happy thoughts.

Then came the last straw.  The instructors took out two boxes, one with fans and the other with hankerchiefs, and told us to pick up one of each.  I didn't care about my oen unit anymore.  I was thoroughly humiliated; I had no more happy thoughts left; and I was drenched in cold sweat.  I was shivering as I walked out of the room as calmly as I could back to my apartment.  I said to my roommate, "You were right."
- April 09, 2010 3 comments:
Email ThisBlogThis!Share to TwitterShare to FacebookShare to Pinterest
Labels: Story

Justin: How old are you uncle Dan?

D: Why don't you try to guess?

D: Haha not quite, try again

D: No, higher than that

D: Justin you're so close!

(At this point, Dan's peers tell me Dan was liable to give Justin a lecture about the value of binary searches)
- April 07, 2010 2 comments:
Email ThisBlogThis!Share to TwitterShare to FacebookShare to Pinterest
Labels: Story

Please provide a caption for this picture.
NOTE: The keys were inside the room.

Maybe the picture itself isn't clear enough for a demotivator without the above factual detail, but I still have hope in the wrongness prowess of disgracepoint readers. 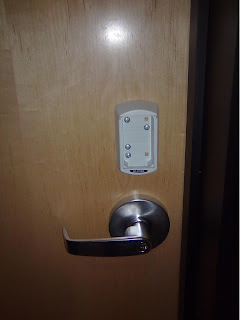 Setting: A youth student and his teacher is having a chat about our InterHigh Monthly.

Teacher: Do you know what InterHigh Monthly is?

Teacher: That's right.  Do you know what the topic is?

Teacher: No, that's the topic!

Setting: A youth student and his teacher are talking about InterHigh Monthly.

Teacher: How many of your friends are coming to our next InterHigh Monthly?

Student: There's so many I can't count.

Teacher: Oh wow..  but I need to know, so that I can arrange for rides.

Teacher:  (pause) Is that two including you?