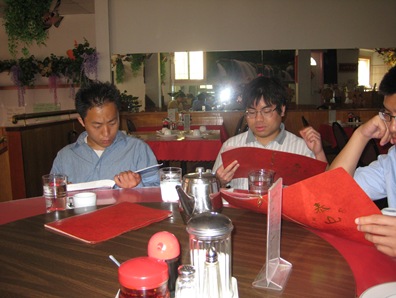 This is a picture of an anonymous studious brother, reading a textbook to see what he should order at a Chinese restaurant. What kind of caption would perfectly capture this picture?

Note: Be witty. I will reject submissions that demonstrate personal issues that you have with nerds who scored higher than you in all your classes.

When asked why in the world he had thought this for so many years, brother Y replied, "Because America is a mixing pot."

Believe it or not, English Patient brother Y is a proud American citizen.

Setting: During one of the trips, a brother walks into the restroom and finds brother Matthew Kim of SF Gracepoint leaning against the wall, with a depressed look on his face, holding his toothbrush.

Brother Matthew: [silent, still holding onto his toothbrush, looking down]

Brother: Is everything okay?

Brother Matthew: Why... why did someone leave the baby diaper rash medicine next to the sink? 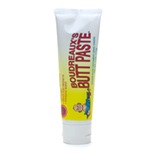 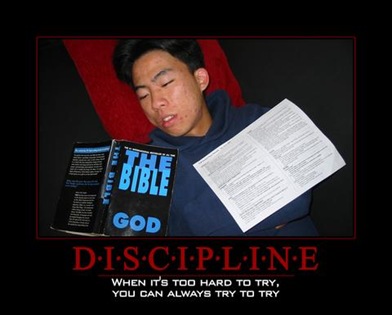 There is a rumor going around saying that this picture was not posed.

Richard and I sometimes joke that pretty soon, we won't have to wear these makeup to play the Grumpy Old Men.

Sorry for the graphic imagery invoked by this quote.

Sister G has come out on top after the poll. She came up to me and asked, "What do I get for this?" I told her that maybe she should get a shirt that says, "MVP of Disgracepoint". I wasn't sure if she would wear it, though, because that would blow her unanimity.

We are thankful to Sister G for providing 80% of all the English Patient quotes. I was just told that even the recent post "Carpool" was Sister G's quote. Thank you for being a good sport and providing us with much joy.
- August 20, 2008 4 comments:
Email ThisBlogThis!Share to TwitterShare to FacebookShare to Pinterest
Labels: Other

There are a few in history who are privileged enough to personally witness a moment in history after which things will never be the same. This is such a moment.

Steve has since moved on from his breakdancing career to lead one of the mid-sized groups in acts2fellowship in Gracepoint Fellowship Church.

"Can we go home so that we can collapse our cars and come to the meeting together?"

- August 17, 2008 No comments:
Email ThisBlogThis!Share to TwitterShare to FacebookShare to Pinterest
Labels: Quotables

This is a video of us doing the emcee acts when Gracepoint Live used to be called "Christian Festival".

- August 15, 2008 No comments:
Email ThisBlogThis!Share to TwitterShare to FacebookShare to Pinterest
Labels: Videos

I've created a new poll for Gracepoint Berkeley - on the right sidebar. You can vote for multiple answers. And if you have any other suggestions for MVP, please comment on this post.
- August 13, 2008 5 comments:
Email ThisBlogThis!Share to TwitterShare to FacebookShare to Pinterest
Labels: Other

Another brother said: "Wow! I was the only non-Caucasian female in there!.. Wait, wait! Let me rephrase that... there were a lot of Caucasian females, besides me." 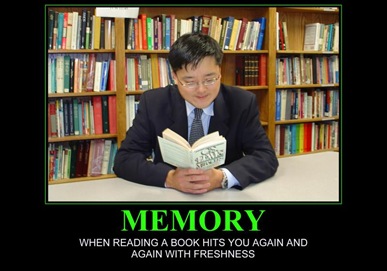 How true this is.

Sister G: "Hello everyone, please fill out the evaluation form to give us feedback on how things went this semester. And you should just be honest and give us any feedback you want, because it's going to be unanimous."

Pastor William of Gracepoint Berkeley was showing me his skills in skipping stones. I took out my camera, and seeing that this is his chance to show his skills to the general public, he said, "Daniel Kim, watch this!" and proceeded to throw a stone across the surface of the water...

Afterwards, he smiled and just turned away, knowing fully well how this clip will be used, probably thinking, "What have I done?"

This doesn't really belong in disgracepoint, since there's nothing disgraceful about this, but I thought that it deserves a mention.  Steve's marathon video is here at his koinonia-hg8 site.

The other characters that show up on the video, however, might qualify for disgracepoint.

Waitress: (pause, slower) Would you like soup or salad?

Here's another funny post by Pastor Ed - "At the Peak of My Game: A Message to the Aging at Gracepoint Fellowship".

I have to admit that Pastor Ed is indeed at the peak of his game.  But as some of the previous posts (e.g., Gracepoint Sports Highlights) show, it's not clear which game he's talking about.

At a Korean Restaurant

Anonymous Brother T, the owner of Dish-Gracepoint blog, who is quite bad at Korean, keeps on trying to order food in Korean at a Korean restaurant... After several attempts, the waiter finally says to brother T:

"Ummm... excuze me, can you prease speak Engrish?"

Brother Steve, who is better in Korean than the previously-mentioned brother T by a very slight margin, says to the waitress:

Which translates to: "I am spicy pork."

p.s.: Brother Steve was a valedictorian in his Korean school while growing up.

Carol Lee, a hard-nosed businesswoman is faced with 3 Thanksgiving Ghosts...