We will be taking a Disgracepoint Sabbath rest until the new year.  In other words, we've run out of stories, and I need to therefore prepare and queue up more stories.  So please submit any demotivator-worthy pictures or stories!  For the next year, this site will probably only post up stories during the weekdays and skip out on the weekends.
- December 27, 2010 1 comment:
Email ThisBlogThis!Share to TwitterShare to FacebookShare to Pinterest
Labels: Other

Merry Christmas, everyone!
- December 25, 2010 No comments:
Email ThisBlogThis!Share to TwitterShare to FacebookShare to Pinterest
Labels: Other

Friend 2: Wow, it's very red.  It's like it has Christmas written all over it.

Sister A: It has Christmas written all over it?  Where?
- December 23, 2010 No comments:
Email ThisBlogThis!Share to TwitterShare to FacebookShare to Pinterest
Labels: Gracepoint Berkeley, Quotables

Feeding of the Five Thousand

"The fish that this boy gave to Jesus were little small fish, like entropies.”
- December 21, 2010 1 comment:
Email ThisBlogThis!Share to TwitterShare to FacebookShare to Pinterest
Labels: Gracepoint Berkeley, Quotables

The Importance of a Single Letter

An English Patient Brother P points to a bag of snacks and says, “Hey, could you get me those Flamingo Hot?”

Watch to the very end...

This is what was written on a resume cover-letter of a particular brother:

"I am quick and efficient at work, and I'm through."
- December 15, 2010 1 comment:
Email ThisBlogThis!Share to TwitterShare to FacebookShare to Pinterest
Labels: Gracepoint Berkeley, Quotables

Sister K: I want to eat the Cookie Monster!

Setting: Michelle Sun, the director of Joyland children’s ministry, has a meeting with all the volunteer adults who will help out with Joyland Christmas Celebration.

Michelle: Who can tell me the reason why we have our children do JCC?

Volunteer: To learn about Thanksgiving!!

Anonymous Brother: I didn’t get what Daniel was supposed to be in Thanksgiving Celebration..  Why was he wearing a white suit?

Brother K: I think he was supposed to be like Elvis Presley.

Anonymous Brother: Who’s that?  Is he someone in Gracepoint? 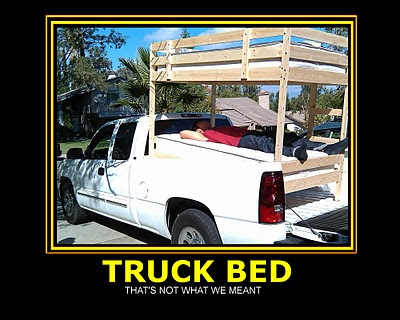 Note: In order for this story to make sense, you need to first read the previous post (Cramming Part 1).

A few weeks after Parent Teacher Conference and the bewildering talk with his 1st grade daughter, the father has a little chat with his daughter again...

Father: So, how's school been?

Father: Have you been a good girl in class?

Daughter: (pause) I think so.

Father: Have you been speaking too loud in class?

Father: (concerned) Have you been too loud?

Father: Okay, have you gotten in trouble in class recently?

Daughter: What do you mean "recently"?
- December 05, 2010 2 comments:
Email ThisBlogThis!Share to TwitterShare to FacebookShare to Pinterest
Labels: Gracepoint Berkeley, Story

This is a story of one of our Gracepoint children, who is in 1st grade.  Her father goes to a Parent-Teacher conference.  Knowing that his daughter has had problems with being too loud and not listening in the classroom, the father asks her teacher about this behavioral problem.  The teacher tells the father, "Actually, she has had problems before, but for the past 2 weeks, I have seen so much improvement in that area that I've changed my mind about that.  She listens to instructions, she's sweet, that she's become such a model student!"  The father is touched by this turnaround, so when he picks up his daughter, he has the following conversation.

Father: I just had the conference with your teacher.

Daughter: What did she say?

Father: So... what caused you to change?

Daughter: Well, about 2 weeks ago, I remembered that there's going to be a parent-teacher conference..  And so I wanted the teacher to think that I... (pause) you know.

Friend: Hey, you missed the exit!