American Born Sister 1: They are so "gung-ho" about that.

Sister K was at Safeway shopping. While reaching for a jar of jam, the jar slipped from her hand, fell and shattered--making a huge mess in the middle of the isle. At the same time, Brother B was coming down the isle and saw this happen. Brother B walked up to Sister K. Sister K thought that this brother, out of his kind heart, would help her with the mess. Instead, Brother B pulls out his cell phone, takes a picture, laughs and walks away.
- April 27, 2009 13 comments:
Email ThisBlogThis!Share to TwitterShare to FacebookShare to Pinterest
Labels: Story

Please submit a caption for this old picture: 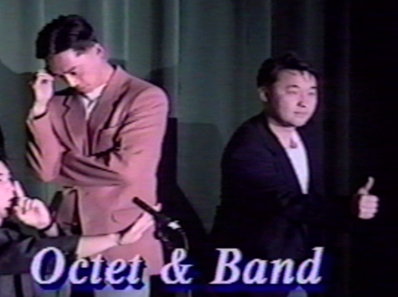 Setting: Claire Kim, wife of James Kim, used to be named "Soo Jung". It wasn't until relatively recently that she got her English name, Claire. So it took everyone, including James, some time to get used to her new name. Brother JF meets them and greets them at their baby-shower party.

Brother JF: (thinking, "Oh my gosh, what is wrong with James?!?")
- April 23, 2009 1 comment:
Email ThisBlogThis!Share to TwitterShare to FacebookShare to Pinterest
Labels: Story

This is a story of a brother A and his sister L, who are still among us today at Gracepoint.

After getting all his money ripped off by his sister from the Carnival incident and the Library incident, and after getting his dignity destroyed by the House incident, the same brother A had good reasons to be skeptical. After months of careful saving, he had again collected about $20 for his life savings, and this time, he wasn't going to be fooled so easily.

Then one day, sister L came up to him and suggested that he deposit his money into her bank.

Sister L explained, "You don't understand. You can actually make money on banks. They have this thing called interest."

Brother A was very skeptical, but sister L carefully explained how banks invest the money, and then give returns on the interest. She explained that this was quite a normal thing, and that he would get back 10% interest if he deposited his money into her bank for 3 months.

This was a new kind of thing for brother A. In the previous experiences, brother A was duped into purchasing something or getting fined. But never was he given the choice of earning money. So brother A decided that he's going to deposit the money into the Bank of L. This time, brother A wrote this down so that he won't forget like he did for the Library incident.

Three months later, he went to sister L and asked for his $22.

"Your money is currently invested. That's how banks work. Come back next month, and I'll have it."

So brother A went back next month, but the same story was given. This happened again and again until brother A eventually forgot about it and stopped asking for the money.

Many experts claim that this incident was the beginning of the credit crisis that we face today.

Setting: A group of friends were gathered at Joshu-ya sushi in Berkeley to celebrate a birthday. After dinner, the birthday boy wanted the waiter to take a picture.

Brother L: "Hi, waiter, do you think you could take a picture for us?"

(The waiter takes the picture)

(Pause, as everyone except Brother D is a little confused)

- April 17, 2009 No comments:
Email ThisBlogThis!Share to TwitterShare to FacebookShare to Pinterest
Labels: Story

Please provide your caption for this picture, taken from the famous “Under Pressure” performance at Gracepoint Thanksgiving Celebration, 2008, which can be seen here. 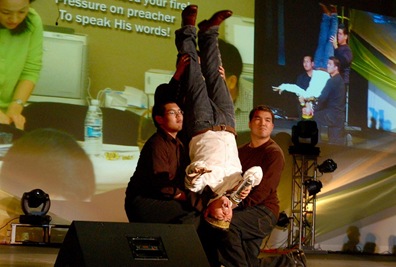 Suggestions to start us off:

CREATIVITY: Just because you do something that has not been done before, it doesn’t mean that you’re being creative.

TALENT: If you don’t got it, then at least be different.

This was the video that was shown at the post-GLive celebration on Sunday 1 week ago. Clips from the old, old days.

For this week, disgracepoint will be taking a break from posting new posts, in observance of the Passion Week. Everyone is invited to join us for our Good Friday Service and Easter Sunday Service this coming weekend. Both services will be held in Alameda. More information on our website, www.gracepointonline.org
- April 06, 2009 No comments:
Email ThisBlogThis!Share to TwitterShare to FacebookShare to Pinterest
Labels: Other

I don’t remember this incident personally. But the content of this submission really sounds like something that could have happened to me and Sarah, so I’m going to assume that it really happened and put it in.

Setting: Sarah and I were picking up Brother Steve and Eunice back from Cambodia Summer Mission Trip. Once we got to their house, they realized that neither of them had brought their keys. They checked the lockbox, and the key was not in there. So there we were, waiting outside their condo while Steve and Eunice were trying to break into their own home.

Sarah: I can’t believe neither of them brought their keys.

Daniel: Did you bring your keys to our house?

Thank you for your submissions and votes. We have these winners. 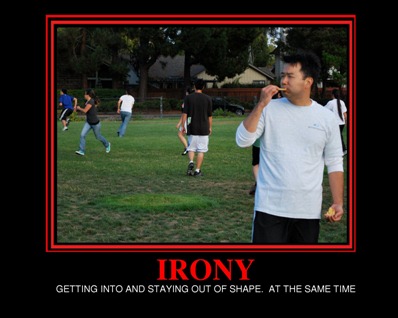 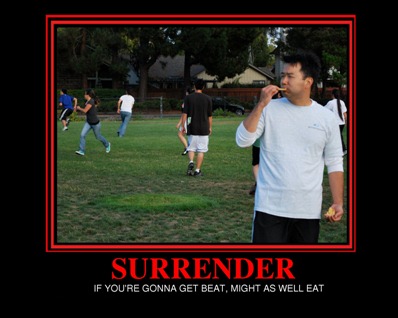 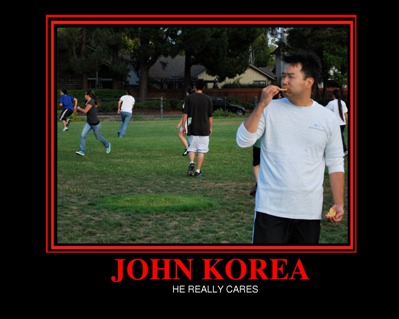 Note: This final demotivator is really an inside joke that comes from a previous disgracepoint video about John Korea (that’s his nickname). You can view the video here.

- April 03, 2009 No comments:
Email ThisBlogThis!Share to TwitterShare to FacebookShare to Pinterest
Labels: Demotivators

A conversation that happened between husband and wife in Gracepoint SF Chapel...

Sister C: I want to get a hair cut.

Brother G: Not too short.

Sister C: Why not?

Sister C: What do you mean I don't look good? Do you love me based on my appearance??

Brother G: No, no.. of course not! I don't love you based on your looks!

Sister C: (even more incensed) What's wrong with my looks??

Brother G: Nothing! I'm just saying that that's not why I married you.

Sister C: So you are saying you married me even though I'm ugly?

This is why Gracepoint men want to play basketball together. 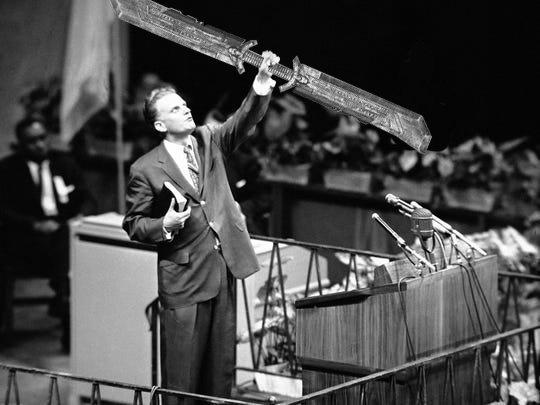