Gracepoint Praxis deparment did the following for our grand opening act for our TC. They won the award for "the performance most likely to cause the original composer to turn over in his grave."

After the Thanksgiving Celebration, I heard that the original idea was for them to "take off" their heads at the end of the song, roll it around and throw it down on the ground. That idea got axed before it made it to the stage, thankfully -- or else we would have seen some people faint in the audience. I have no idea what message that decapitation would have communicated that is even remotely related to Handel's Messiah.
- November 29, 2008 6 comments:
Email ThisBlogThis!Share to TwitterShare to FacebookShare to Pinterest
Labels: Videos

Setting: An English Patient T sends out this logistics email regarding the Youth Winter Retreat 2007...

- November 27, 2008 No comments:
Email ThisBlogThis!Share to TwitterShare to FacebookShare to Pinterest
Labels: Quotables

From our Gracepoint Thanksgiving Celebration...

Please don't watch this more than twice, as it can be harmful for your emotional health.

There are more to come from this year's TC... Disgracepoint is thankful for TC, because it provides so much material for many months to come. 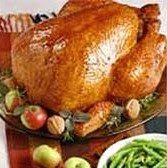 Every year around Thanksgiving, there's a story that gets passed around about a certain brother D as a warning to everyone else on what not to do... And since this story will invariably get passed around again, I decided to preemptively write about it here, speaking in the first-person perspective.

Many years ago, my wife S and I had the honor and privilege of cooking a turkey for our group. I bought the turkey 2 days before the cooking day, hoping that it would be enough time to thaw in the refrigerator. But when the time came, I realized that the turkey was still frozen solid in various spots -- which meant that I was in trouble.

I thought for a moment about what I should do, and then came up with a brilliant solution. In a mere 30 minutes, the turkey was thawed, and after 4 hours, I had one of the best-looking turkeys of Thanksgiving Celebration.

Beaming with pride, I called wife S and said, "The turkey was still frozen when I took it out of the fridge. But guess what I did!"

"I blow-dried it and then put it next to our room heater! And boom! It was thawed in like 30 minutes!"

There was a brief silence, and then she said, "Uhh... I'm not sure if you were supposed to do that." Then I heard her speaking with some other sisters on the other side of the line, and then I heard a great number of sisters laughing and screaming in the background. They told me that I needed to just throw the whole turkey away. But the turkey looked so beautiful that it seemed like a waste to just throw it away. Supposedly if you do that to any poultry, one who eats it might get this thing called salmonella poisoning, which could possibly cause some minor symptoms like stomach cramps, fever and death. I tried to argue that maybe this turkey could be used as a "display turkey", but they wouldn't have it, just in case someone takes it and eats it. So I had to throw the whole turkey away.

To this day, I think that turkey was the best-looking turkey ever made in Gracepoint Fellowship Church. It had that perfect brown skin all over without a single burnt spot, which I was never able to reproduce since. Perhaps its perfect brownness was because I had warmed it up nice and toasty next to the heater for 30 minutes, but no matter -- it was still the most beautiful turkey ever. I sometimes wonder, what if I didn't brag about my turkey to my wife over the phone? That's why I think it's useful to brag sometimes, as long as you're okay about being humiliated by the laughter of a multitude of sisters.

Please vote for the demotivator captions on the right. This is for the previous demotivator post with the boat and the truck
- November 20, 2008 No comments:
Email ThisBlogThis!Share to TwitterShare to FacebookShare to Pinterest
Labels: Other 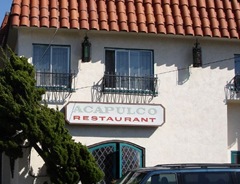 Friend: Wow! I didn't realize that there was a restaurant here!

English Patient: What the? This is not an acupuncture place?

- November 19, 2008 No comments:
Email ThisBlogThis!Share to TwitterShare to FacebookShare to Pinterest
Labels: Quotables

Many years ago, while Eddie Chung's class was still in undergrad, they threw a surprise birthday party for me and did a song-and-rap routine, which wasn't all that unusual. However, the little-known historical fact is that they were the very first ones who dared to start their dance performance with their backs toward the audience. To my knowledge, they were the first ones to ever do that.

These are Steve's awesome basketball skills. After Sunday worship service, some brothers hang out and have fun at the Willard basketball courts. Steve wanted to hang with them, and ends up hanging on them.

Setting: Daniel Choi, a 7-year-old son of Peter Choi from Waypoint, was riding in a car with a bunch of Praxis members from Gracepoint Berkeley

Daniel: What kind of room doesn't have any walls?

Passengers: I don't know, what?

Daniel: A mushroom! I have another one. What kind of key doesn't unlock anything?

Daniel: A monkey! I have another one. What kind of tree doesn't have any leaves?

Passengers: (thinks for a bit) I don't know.

Passengers: I don't know, Daniel. What kind of tree doesn't have any leaves?

Daniel: I don't know either. I was hoping you could make something up so that I can have a new joke to tell my friends.

One pair of jeans had been hanging on our clothes rack for days.

"Whose pants are these? Who is this person not putting away her clothes?" says sister K as she snatches the jeans off the rack and interrogates her roommates one by one.

“Are these yours?” Each person responds with ease, “No, it’s not mine.”

C with her reasoning abilities logically eliminates her other roommates as the potential owner. Only K remains.

Then C asked K slowly, in a confused voice, “Are they yours?”

The next day, K still holding onto the pair of jeans, examines the jeans more closely. She decides to put them on, and it fits her perfectly. She walks around the apartment sporting her “new” jeans.

E exclaims, “Oh, those jeans fit you so well!”

E, perplexed, asks, “Don’t you remember the brand or what they look like?”

K answers, “Well, this is a Mervyn’s brand. And I do shop at Mervyn’s…”

The rest of us, trying to sympathize with her, ask her, “So, K, …how many pairs of jeans do you have?”

During one of the hangout times, one brother asked an English Patient if he could go buy some ice cream sandwiches. And this is what the English Patient brought back, and said, "Here they are!"

Setting: George Winston piano music is playing in the background

English Patient: Oooh, I like this music. I love Winston Churchill...

This is a true story of how Tim, currently leading one of the Kairos groups, recovered his frisbee that was thrown into the bay.

Setting: My 4-year-old daughter Michelle was acting hyper, so I asked her this question...

Me: Michelle, why are you so hyper? Did you eat too much sugar or something? What did you eat?

Submitted by Brother Roy - This is a desk that a group of our bros constructed -- Roy, being a teacher of the Bible, had to take this opport...